The US has billions of farm animals, many of which are unaccustomed to high temperatures and are suffering from the ongoing droughts and scorchers of late. Global warming is wreaking havoc on livestock, causing stress that impacts growth, fertility and the production of meat, milk and eggs. The heat can make the creatures more susceptible to disease—and even death. Heat stress costs the livestock industry an estimated $1.7 billion in losses a year.

Despite a flood of ominous reports, farmers have ways to mitigate severe circumstances. When stocking, some breeds do better than others. Look for strains from Africa or the Mediterranean rather than the colder north. Smaller, light-colored types struggle less than heavier, darker varieties.

Yet be aware that even those genetically hardwired for heat can suffer in sizzlers. Be sure to provide plenty of cool water and shade. Ventilate shelters with open windows and fans. Avoid overcrowding. Feed during cooler hours.

Be on the alert for signs of heatstroke: They excessive panting and thirst, rapid heartbeat, lethargy, glazed eyes. Poultry lift their wings to get cooler air. An immobile animal with labored breathing is in trouble. Call the vet if any of these signs surface.

Having animals with genes suitable for survival can save your farm business. Here’s a rundown of breeds and measures to help foster survival.

Black Angus is the most popular breed in the American beef cattle industry. It’s also poorly suited for heat. Originally from the cool climes of Scotland, its long, dark, hairy coat and cushions of fat under the skin cause misery when the mercury rises.

To compensate, geneticists are cross-breeding African strains that have developed heat and drought resistance. Steven Lukefahr, a professor of Animal Breeding and Genetics at Texas A&M University in Kingsville, has combined the lighter-colored Red Angus with two African breeds, the Tuli and Senepol, on his ranch in tropical south Texas with some success.

“You get more money for black cattle, but starting in the South, you definitely have to change your breeding program,” says Lukefahr.

He suggests steers with some degree of the slick gene for short coats, as well as other genes for tropical cattle that produce an oblong-shaped body. “They are more like goats and tend to deposit fat in the bellies as opposed to below the back, so they don’t get as hot,” he says.

RELATED: Move Over Goats. Cattle are the New Fire Fighters in Town

Lukefahr breeds his composites in the summer to calve in the spring, which he says yields a 95- to 99-percent chance of pregnancy. “That’s not typical if they’re black colored,” he says. He also stockpiles a year’s supply of forage grass, which he says achieves just as much marbling as high-energy feed.

As for dairy cows, researchers in New Zealand have found Jerseys are more heat tolerant than Holstein Friesians. The smallest of dairy breeds, Jerseys have vertical skin folds in the neck that help sweat dissipate heat, as well as shorter light to dark brown coats. Meanwhile, scientists from the University of Florida are experimenting with cross-breeding Angus with the loose-skinned Brahmans, which originated from India.

To help forecast conditions that might trigger heat stress, the US Department of Agriculture (USDA) has developed a weather app with safety warnings up to a week before adverse conditions. 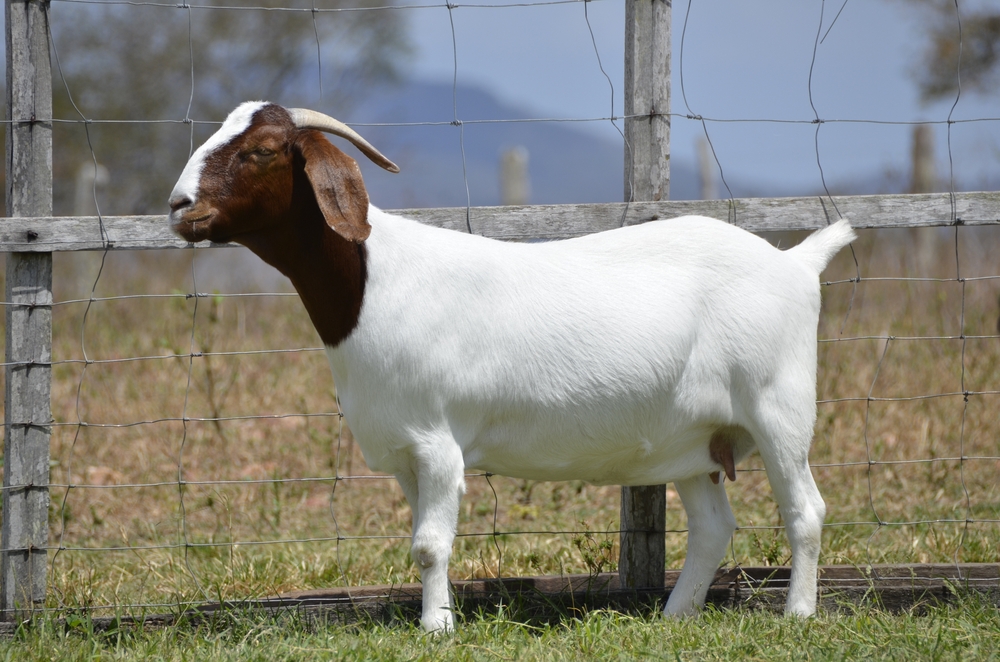 If you’re going to get one animal to survive, get a goat. They manage in harsh desert conditions around the world. Their horns dissipate heat and they can forage on relatively little vegetation. Goats with floppy ears and loose skin tend to do better in harsh, dry environments. Unlike cows, there are a lot of breeds from which to choose.

Check out Boers, short-haired goats with light red heads that were introduced to the US from arid South Africa. They, like Nubians, (a heat-hardy composite of English, Indian and African strains), have long ears that help release heat.

RELATED: Goat Sex: Everything You Wanted to Know But Were Afraid to Ask

The Galla of Kenya has an impressive track record of producing milk in drought conditions. The diminutive Nigerian Dwarf also yields a lot of milk considering its small size. Despite their tiny ears, the hardy LaMancha can adapt to pretty much any environment 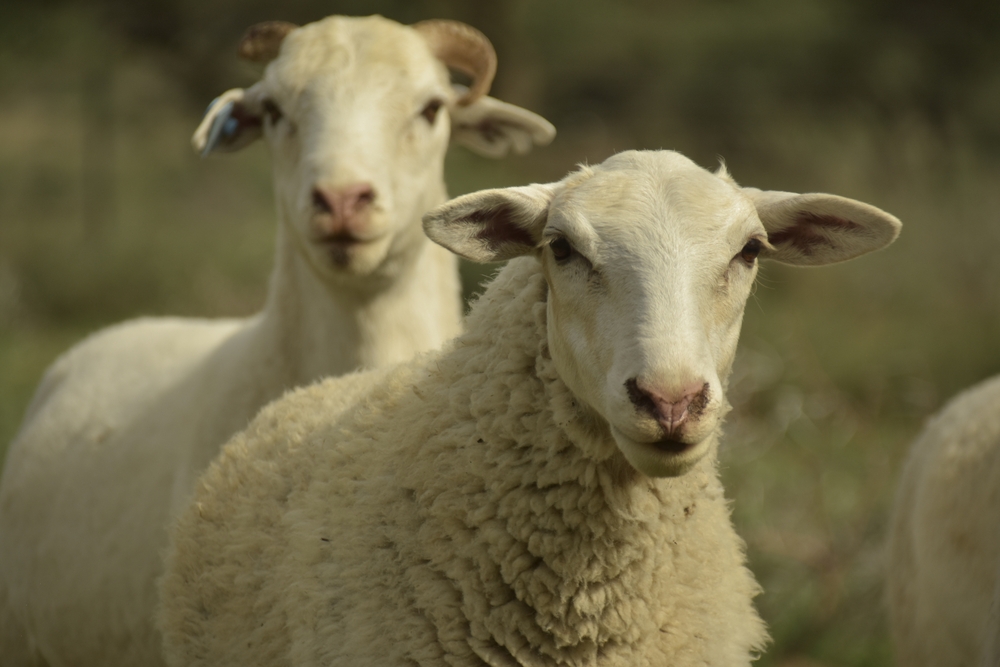 Sheep endures heat less well than goats, although wool provides some protection from high temperatures. Michigan State University researchers recommend a one-inch fleece, and shearing animals in the spring to allow enough growth to keep them cool in summer.

Sheep with hair rather than wool cope even better. The Oklahoma State University’s Division of Agricultural Science and Natural Resources has a registry of heat-tolerant breeds. It lists two hair types from Africa, the fat-tailed Red Maasai and the Sahel-type, which thrive with limited water supply and scant vegetation.

The South African Dorper was bred for arid areas, as was the hardy Delaine Merino, which does well in the American southwest. The Karakul sheep of Central Asia’s deserts is the king of the drought. It can survive severe water shortages by storing fat in its tail, which serves a similar purpose as a camel’s hump. 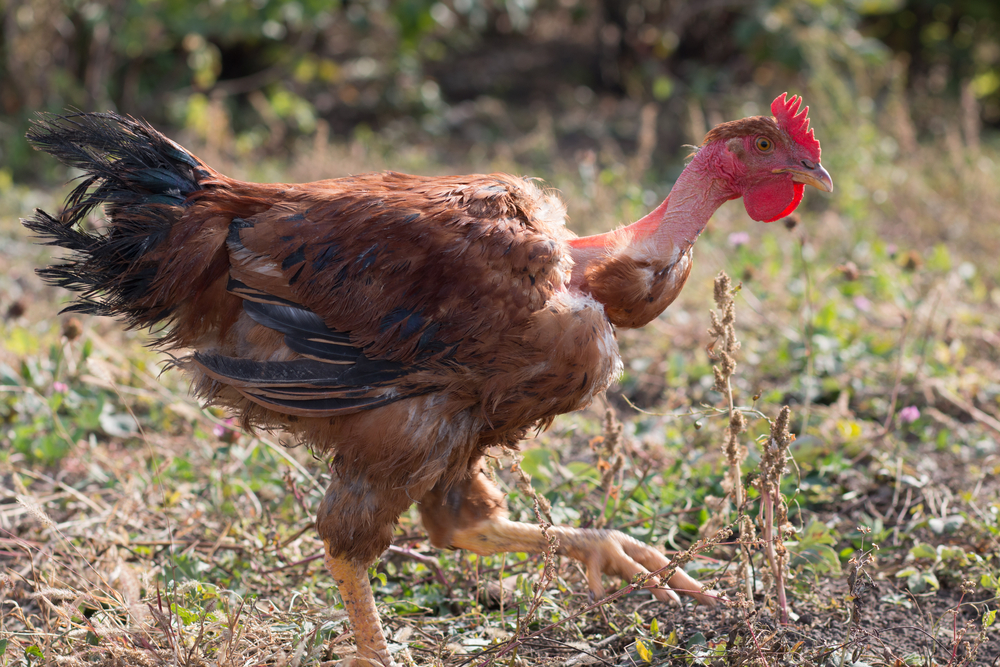 The Naked Neck chicken is one weird-looking type of poultry. It’s also one tolerant bird. As its name suggests, it lacks feathers on the neck and head, giving it the appearance of a turkey or vulture. This feature, along with its dearth of feathers, helps it stay cooler than its cousins. Chickens with larger watts and combs that dispel heat also cope better.

Most feathered-neck chickens wilt in 90-plus-degree weather, although plenty manage in Africa and Latin America. They just pick away in the dirt as though it were spring.

RELATED: 5 Differences Between Hens and Roosters

Yet chickens not normally exposed to scorchers go into distress during a heat wave. Poultry can’t pant like mammals, so they lack that vital regulation mechanism. Signs of distress include a pale wattle or comb, diarrhea or seizures. To combat heat exhaustion, feed them fruity snacks, freeze heavier feed an hour before serving, avoid overcrowding and allow breezes to enter the coop through openings or wire fencing.

For breeds well suited to warmer environments, seek out the large-wattled Leghorn (Italian roots), the small and slight Fayoumi (hails from Egypt) and the White-faced Black Spanish. The Andalusian (Spain) and Sumatra (Indonesia) prefer warmer weather. 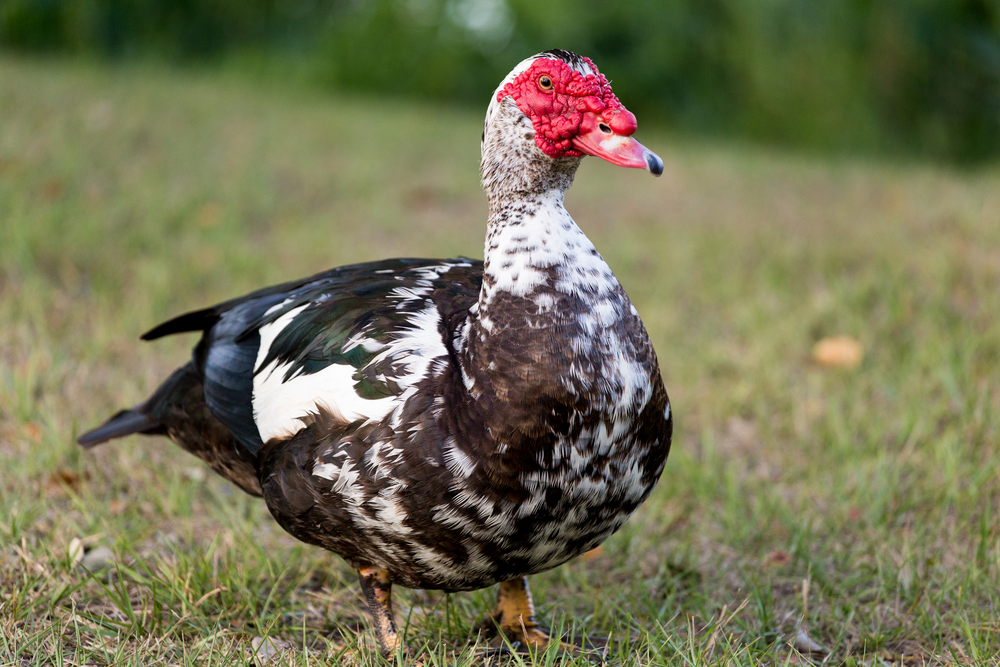 Ducks, like humans, like to chill at the pool when the temperature climbs. The thick feathers that make for cozy down parkas create misery on a searing day.

If you don’t have a pond, set up a kiddie pool or trough in the shade. Regularly replenish with cool water and add ice if the heat gets unbearable. Feed them later in the day, and hydrate with snacks that contain water such as cucumbers, berries and melons. Make sure their feet stay cool and moist. They’ll sleep better in a well-ventilated coop.

As with chickens, varieties that originated in the global south are more resilient. The small Bantam Australians are hardwired for heat, as is the Hottentot Teal (also known as the Khoisan Teal), which was originally hailed from southern Africa. The Muscovy, whose natural habitat is Latin America, is another good choice. Its warty face looks peculiar, but resilience trumps beauty. 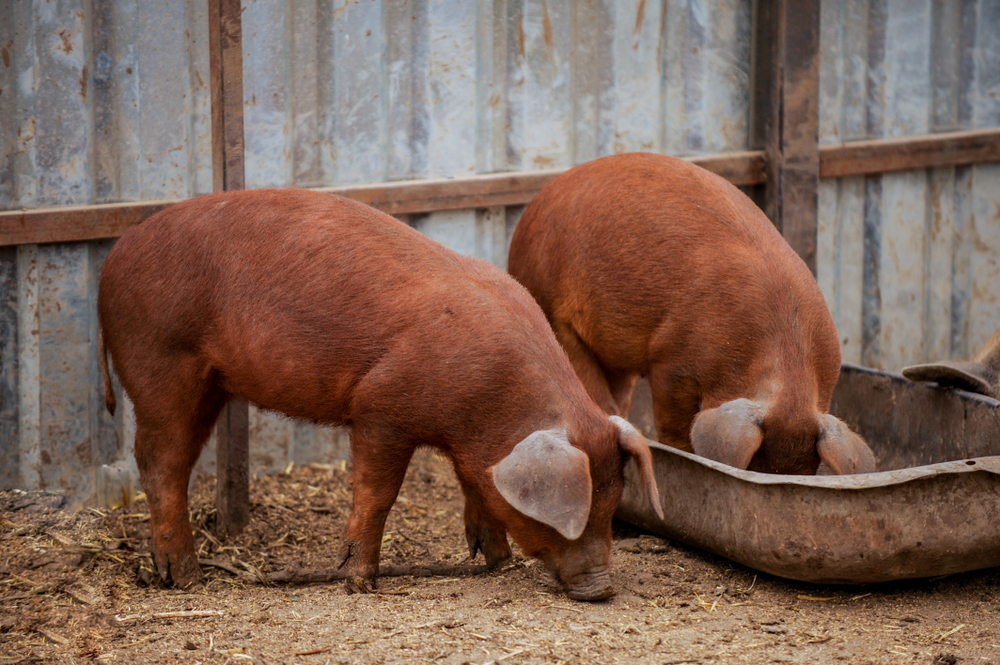 The expression “sweat like a pig” is misleading. Pigs don’t actually sweat. And they don’t pant like other mammals to reduce their body temperature. They have relatively small lungs, so they can’t efficiently expel hot air. Plus, they have thick fat under the skin and don’t have the benefit of insulating fur. This makes them particularly vulnerable to high temperatures and sunburn. That’s one reason why they wallow in mud when the temperature rises. They’re trying to stay cool.

Swine feel most comfortable between 50 and 75 degrees Fahrenheit, according to experts at Penn State Extension. Anything over 80 degrees, especially for swine that weighs more than 100 pounds, can be life-threatening. High humidity is particularly bad, because it makes it harder for moisture to evaporate from the skin and cool the animals down.

With heat exhaustion, pigs stop eating, which then creates more stress on the body. An overheated hog can get cranky and bite others. Worse, they can drink excessive amounts of water that then trigger diarrhea and even death. As with humans, treat sunburned skin with a cool towel, moistened with water or diluted vinegar.

To cool them down, offer a mud puddle in the shade or spray them with a garden hose or sprinklers. Agricultural authorities in Australia recommend supplementing water with electrolytes and antioxidants. But minimize non-essential amino acids.

All pigs are prone to heat stress, but according to the Livestock Conservancy, two endangered breeds fare better than the rest: the Red Wattle and Mulefoot. Introduced to Texas in the 1800s, the Red Wattle has been coping with the heat since. The Mulefoot also settled in the south after being brought over from Spain. On the smaller side, it can handle the heat better than most. A more common option is the hardy Duroc, whose tough skin provides some protection against sunburn.